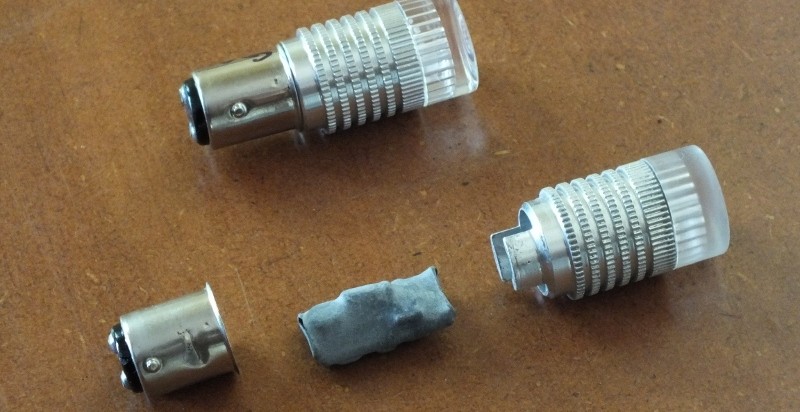 I ride my motorcycle down to Mexico almost once a week. Besides being an enjoyable ride, it gives me an opportunity to eat some tasty seafood at my favorite restaurant, Mariscos Bahia de Ensenada, and spend the night at Hostel Sauzal, a small, homey alternative to a motel. Located in quiet little El Sauzal, just north of Ensenada, it’s a great place to kick back and relax on a long veranda with a beautiful ocean view. After a restful night’s sleep and a tasty breakfast prepared by the owner, my friend Maria Navarro, I’m ready to put in a couple of hours of work. If I’m not too distracted by the resident pooches – playful Bandido, shy Vecina, and excitable Chispa – I can crank out a new article for our website.

My return trip north on Mexico Highway 3 from El Sauzal to Tecate is usually uneventful, but this time after I had crossed the border into the US something interesting happened. I saw a police SUV parked nearby so I made sure to stop at the stop sign, as well as putting both my feet down. As I headed north on Highway 188 the officer in the police SUV turned on his flashing reds and pulled me to the side of the road. When I asked Officer MacNamara why I had been stopped, he told me that both my stop light and taillight were not working. I had never heard of both lights going out simultaneously, but there’s always a first time!

An inspection proved the officer to be correct, but he released me without giving me a citation or even a fix-it ticket if I promised to replace the bulb before riding the motorcycle again. I agreed and was soon on my way.

That evening after dinner I went out to the garage and removed the taillight lens from my dirt DR650SE. What I found was shocking. Not only was the LED taillight bulb in three pieces, but the explosion had “pocked” the plastic reflector around the bulb, which reduced its reflective ability. I was so alarmed at what I found that I removed an identical LED bulb from my other DR650 before it, too, could cause trouble.

This is the second type of LED taillight bulb I have had in my DR’s. The first one gave me no trouble but was not as bright as my stock ones. As a result of this exploding LED bulb, I have returned to using high quality filament bulbs. They last a long time and normally fail one filament at a time, which is much better than being left totally in the dark.

I normally check my lights pretty regularly, but I think I’ll up the ante by asking Pauline to check my brake light and taillight just before I leave on a ride. Since I ride almost exclusively during daylight hours, the stop and taillights are the most important safety lights on the bike, especially in this age of inattentive drivers.

Rather than identifying the maker of these bulbs, I am posting a photo here for my readers. You may want to avoid purchasing this product and if you already have one, seriously consider replacing it before it damages your taillight reflector and leaves you in the dark!